2022 was an amazing year for Seo Árainn Mhór so we wanted to share some of our favourite parts before we get working on 2023's updates. 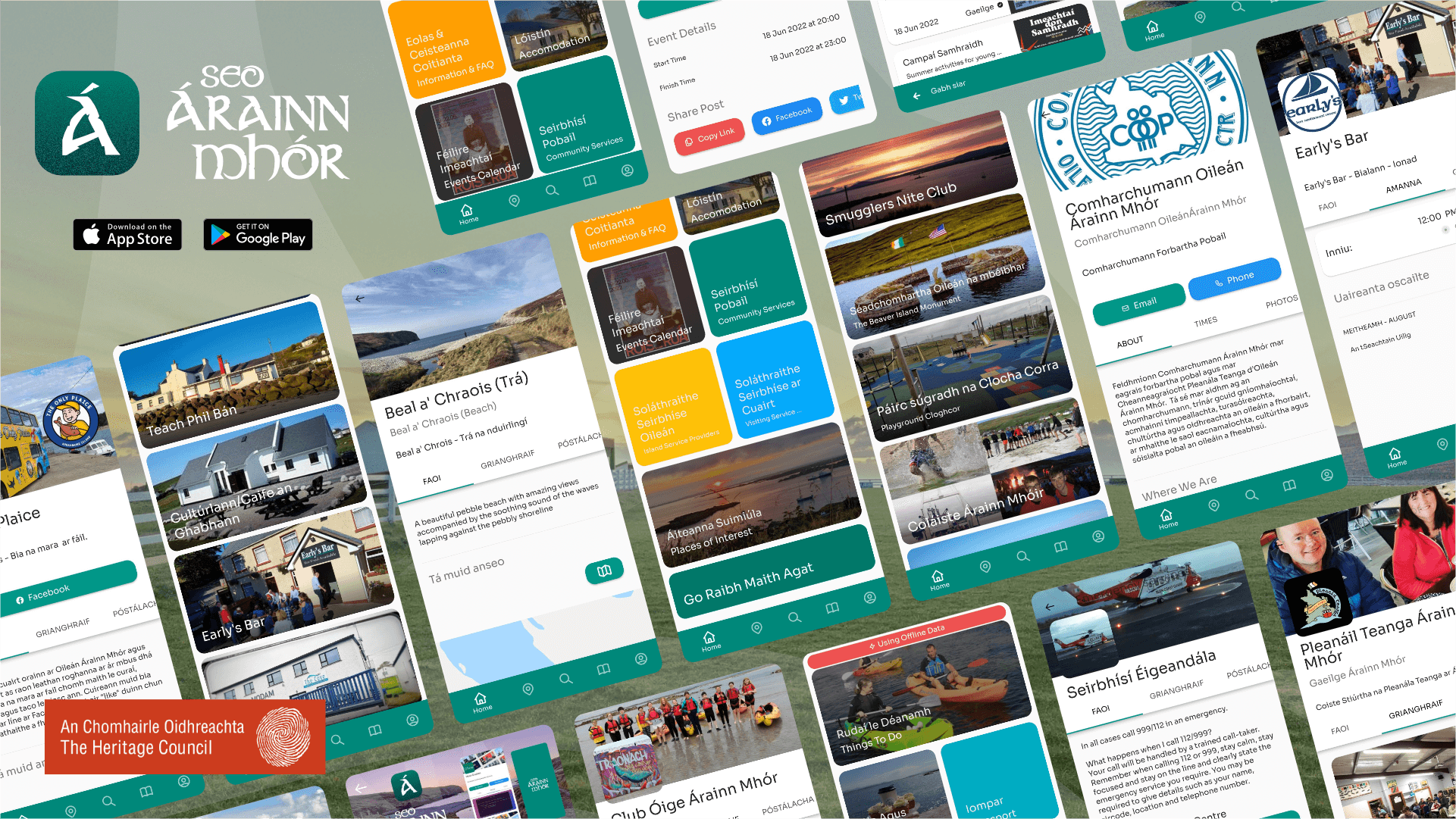 After developing the web and mobile applications over several months we were ready to share with small businesses in a couple of meetings on the island. We onboarded several businesses, (Thank you to the Transition Year students who helped with this!) and created all the content to make the app useful at launch.

On June 17th (after a slight, but very scary, hiccup with Apple's approval process) we launched Seo Árainn Mhór on the app stores and held a meeting on the island with {name}. We saw a huge amount of traffic on the first day as people explored the app. A huge thank you to everyone who shared and commented on the app and most importantly contributed. We were all overwhelmed with the response.

How do we make it simple for people, islanders and visitors alike, to discover Arranmore?

We think we've achieved just that and plan to make it even easier and more accessible for people to make explore our favourite island. We'd be remiss if we didn't, in the same breath, mention the support and funding we received from the Heritage Council in making this project a reality. A huge thank you to them for their support. 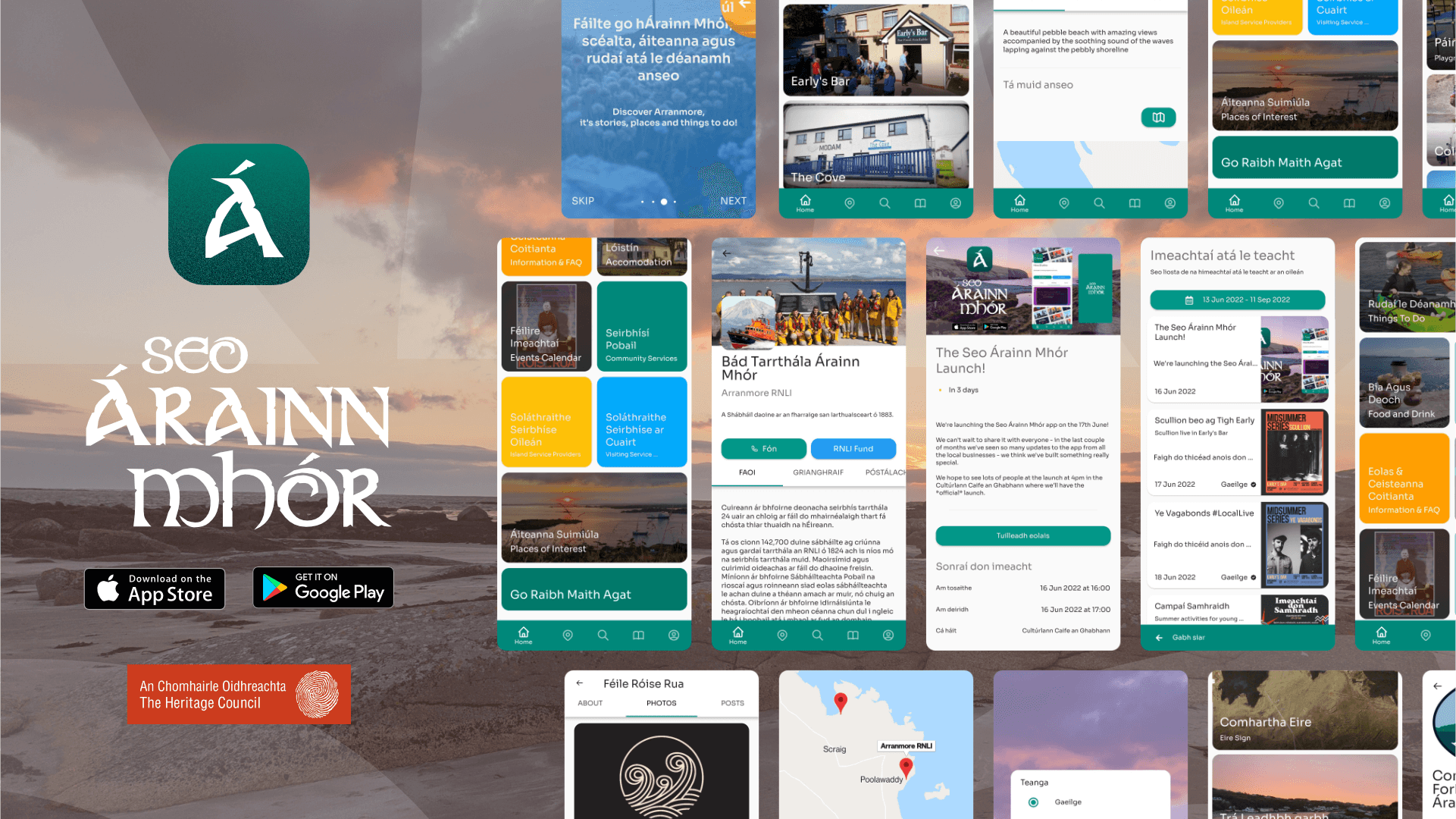 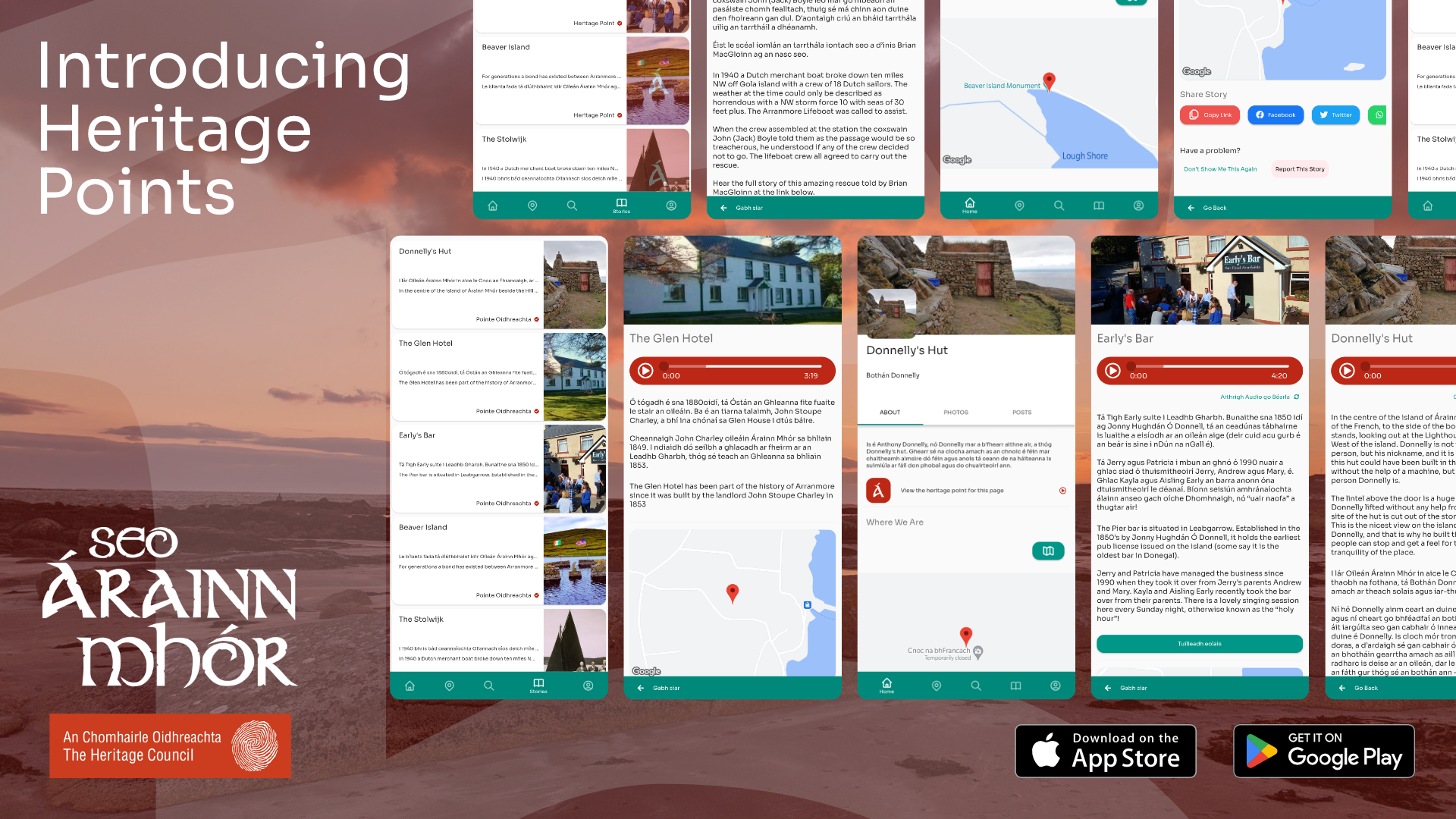 This project was a collaboration of several community groups from the island, funded by the Hertage Council once more and was curated by the audio team at createschool.ie

We had loads of people of thank on this project, for their time and contributions: 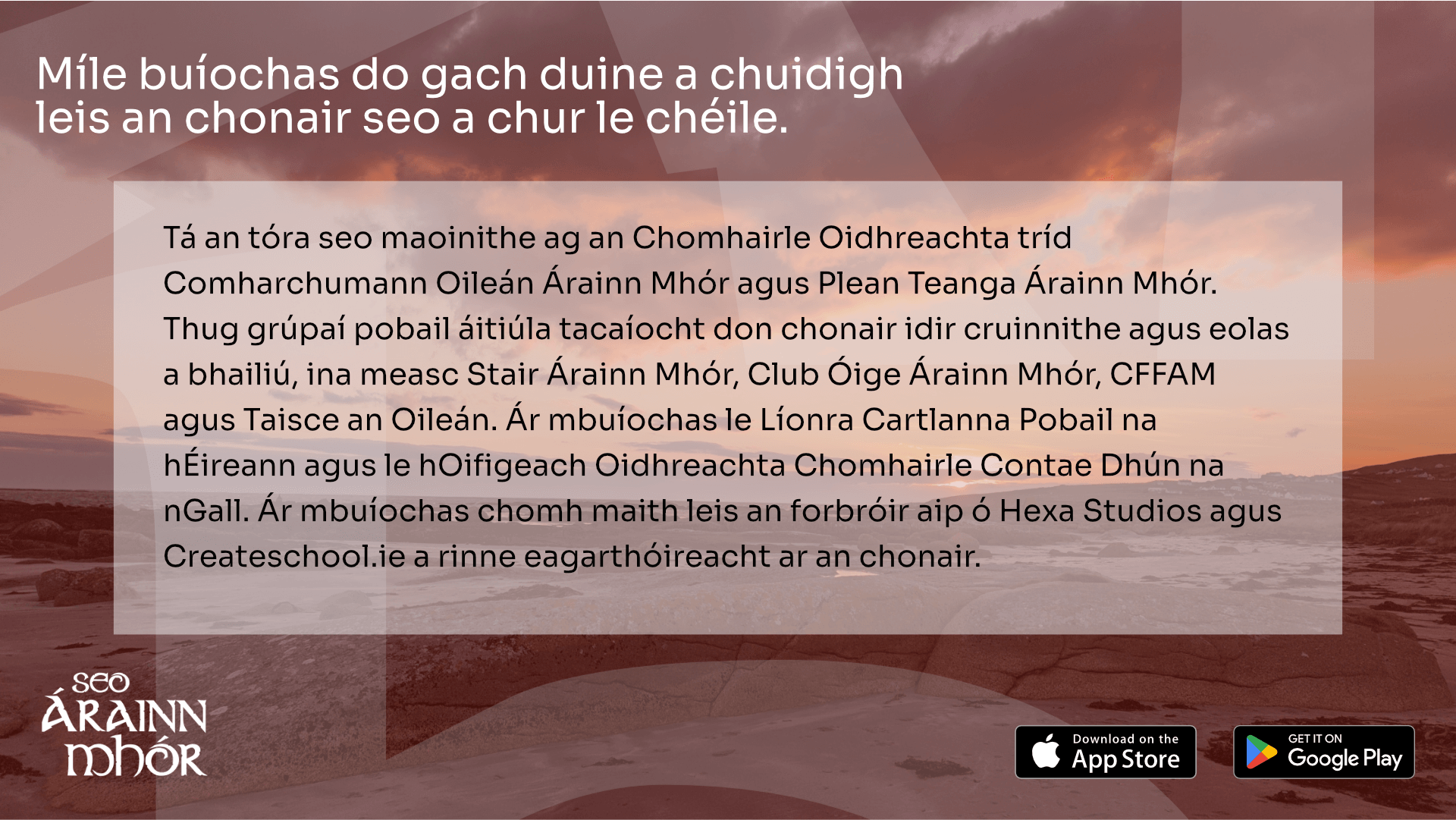 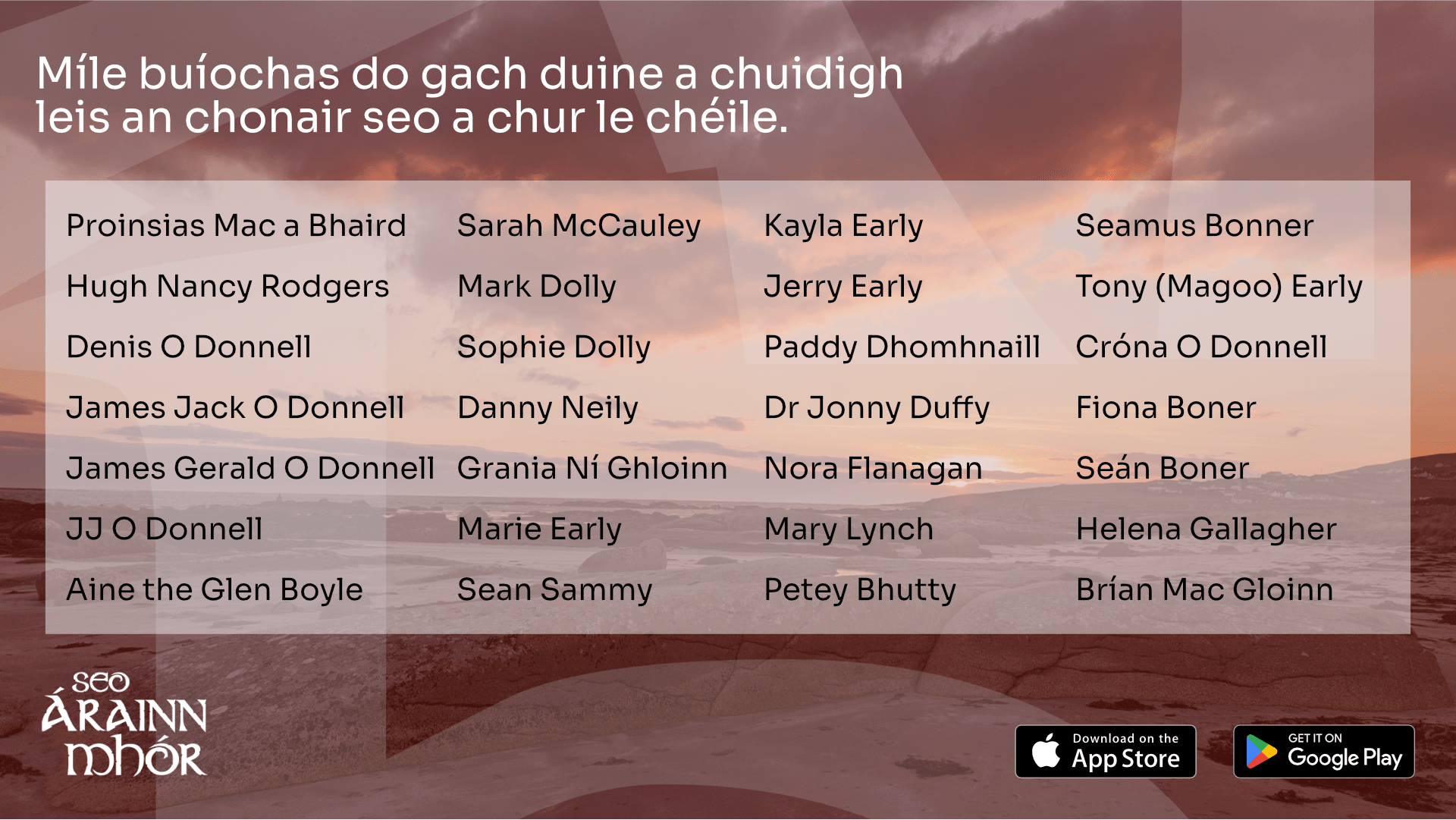 Finally - we're looking forward to 2023 now, we've already got ideas on how to make the app more accessible and useful for the island. If you have any suggestions we'd love to hear from you at: hello@seoarainnmhor.com